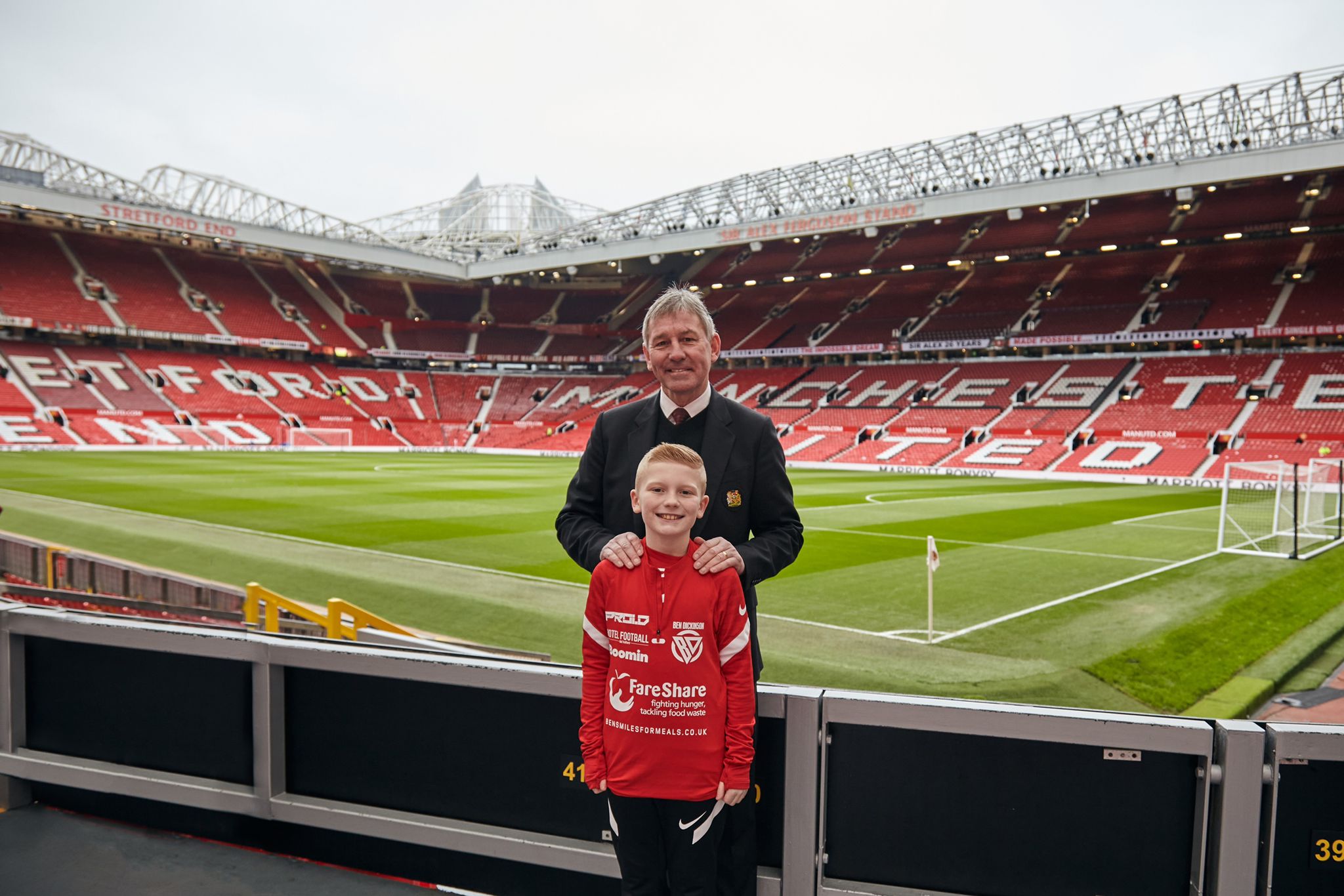 Ten-year-old schoolboy, Ben Dickinson from Northern Ireland is spearheading a campaign
against hunger for food charity FareShare. With help from Manchester United legend Bryan
Robson, Ben’s so far raised enough money to fund nearly 25,000 meals.
FareShare is the UK’s biggest food charity. It takes surplus, good-to-eat food from the food
industry, sorts it in one of its 30 regional warehouses, and passes it onto a network of more
than 10,500 charities and charity groups, including food banks, hostels, refuges, pantries,
community centres, older people’s lunch clubs and breakfast and after school clubs for
children.

Inspired by his hero Marcus Rashford MBE, Manchester United footballer and FareShare
ambassador, Ben launched an ambitious fundraising campaign Ben’s Miles for Meals which
will see him walk from Inver Park in his hometown to Old Trafford Football Stadium in
Manchester this March.

“When I saw the work Marcus Rashford was doing with FareShare, I knew I wanted to follow
in his footsteps. I decided to do a charity walk to raise money for those most in need. I can’t
believe how supportive everyone has been so far, from my friends and family to businesses
in my local area and beyond, and having a Man Utd legend like Bryan Robson help me
along the way is just the icing on the cake” said ten-year-old Ben.

James Persad from FareShare UK said: “We’re extremely grateful for Ben’s support, and we
look forward to cheering him on when he sets off on his walk. The success of Ben’s Miles for
Meals is testament to Ben’s hard work and determination, and it will go a long way to
supporting many vulnerable children and families. FareShare relies on the kindness and
compassion of wonderful volunteers like Ben and we can’t thank him enough for choosing
FareShare for his charity walk.”

For more information on how to support Ben’s Miles for Meals, visit
www.bensmilesformeals.com or to donate £10 towards the FareShare charity, text BEN to
70490.