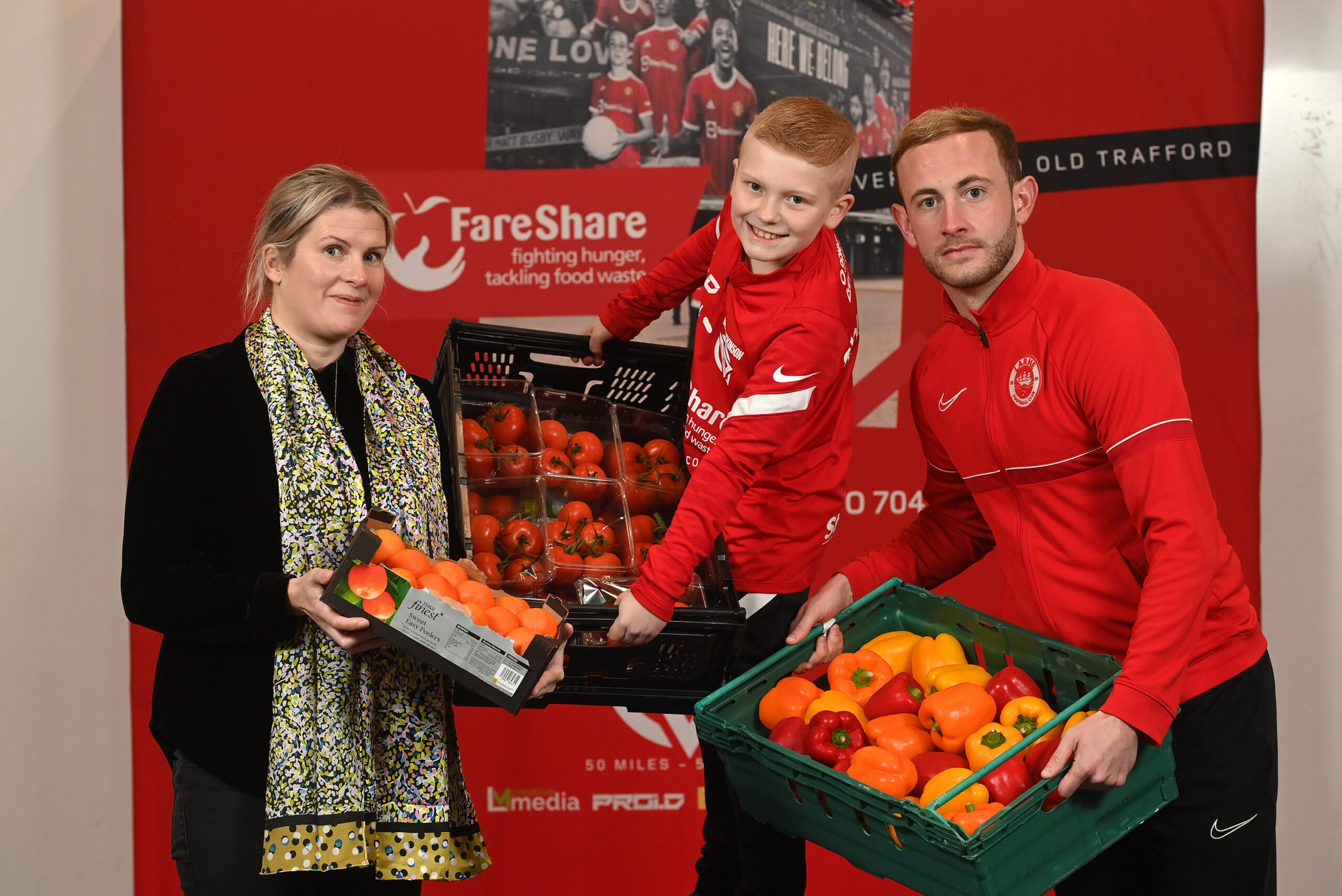 Ten-year-old schoolboy, Ben Dickinson, is set to take on a long-distance charity walk this spring from his hometown of Larne to Manchester, England, in aid of food poverty charity, FareShare.

FareShare, championed by Ben’s hero, Manchester United and England footballer, Marcus Rashford MBE, collects surplus food from industry and redistributes it to charities that provide meals to vulnerable and disadvantaged families right across the UK.

Inspired by Marcus to launch his own charity campaign, ‘Ben’s Miles for Meals’, the ambitious and kind-hearted youngster aims to raise enough funds to deliver 50,000 meals to those who need it most here in Northern Ireland and further afield.

Speaking of his campaign, Ben, an avid football fan and talented player at Greenisland FC, said:

“Marcus Rashford is a hero to me, and when I saw all the great work he was doing with FareShare, I really wanted to play my part.

“I sat down with my dad to think about how I could get involved and having always loved keeping physically fit and doing things that challenge me, we came up with the idea of a charity walk.”

Together with friends and family over an eight-day period in March 2022, Ben will walk from Larne football ground, Inver Park, to the iconic Old Trafford football stadium where he hopes to present a cheque of his final fundraising efforts to FareShare ambassador himself, Marcus Rashford.

“Ben truly has a heart of gold.

“During lockdown last year, spurred on by boredom but more importantly selflessness, he started a fundraising campaign for Northern Ireland Hospice and raised more than £7,000 for the charity.

“Having been encouraged by Marcus Rashford to keep up the good work, he wants to build on his previous fundraising campaign and go bigger and better, and emulate his hero by championing FareShare.”

“For every one pound he raises, FareShare can distribute four meals so I am unbelievably proud that he is driving something that will have such a massive impact on the lives of people in Northern Ireland and throughout Great Britain.”

“We are incredibly grateful that Ben is doing his sponsored walk in aid of FareShare.

“Last year in Northern Ireland alone we provided 1.9 million meals, almost double the previous year, which proves just how in demand our services are.

“We simply couldn’t do what we do without kind volunteers like Ben supporting us and helping raise the vital funds we need year after year. He is an inspiration to many, and we look forward to cheering him on throughout his charity walk in March!”

For more information on how to support Ben’s Miles for Meals, visit www.bensmilesformeals.com or to donate £10 towards the FareShare charity, text BEN to 70490.